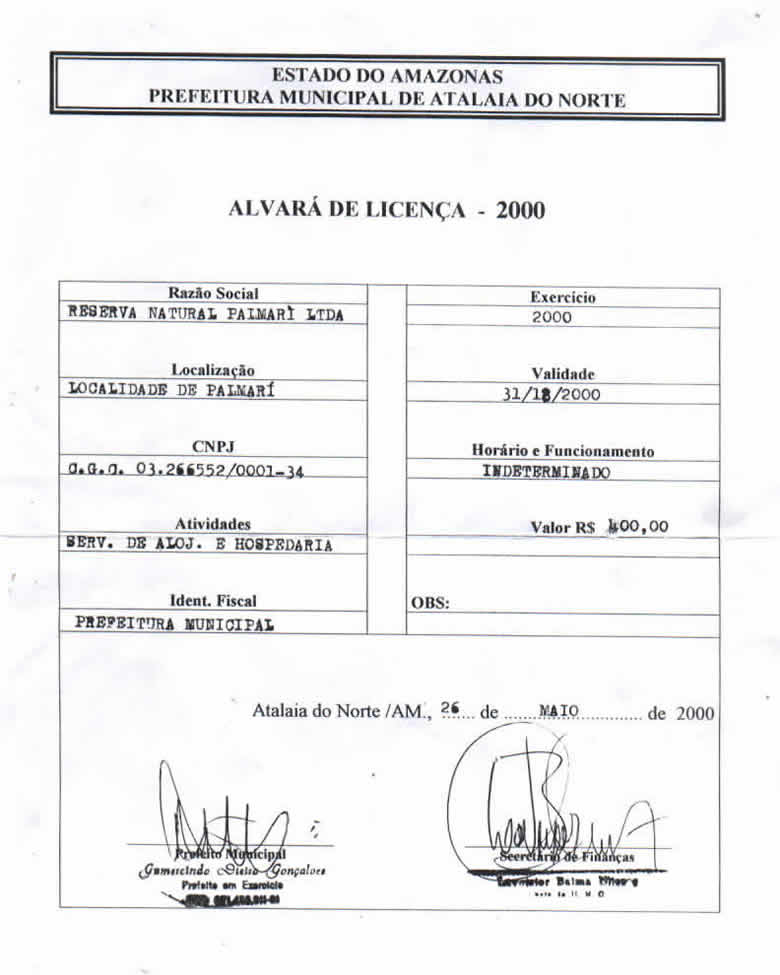 The Reserva Natural Palmari is located on brazilian territory, a country that does not have problems with guerilla, paramilitarism or other armed groups outside the law. There are no records or information towards common delinquency affecting the incoming tourists, since turism is highly protected by the authorities of all three neighboring countries and patroling by colombian, peruvian and brazilian police forces is constant. On the Amazon river all three forces are present at all times and on the Javar� river the two last mentioned do not only patrol the river, but visit our facility and both police stations on the river and in the nearby villages are allways there for help and assistance. In addition to this the north american DEA agency is present with certain regularity, increasing even more the safety in the area.
Concerning the guests arriving by the colombian route via Bogotá D. C. and Leticia, we may state without doubt, that this flight route is safe. Guests which might require an overnight stay at the colombian capital prior to taking their connecting flight to Leticia, may be picked-up at, and taken to the Bogotá D. C. airport by private and secure means of transportation and may be accomodated in small, private hotels, located very near to the offices of the Reserva Natural Palmari and our multi-lingual personell may attend and assist all guests as from arrival to and until departure from Bogotá D.C. Leticia and its surroundings, as well as the peruvian territory in that area are also free of any guerilla and paramilitarism activity, since thousands of square miles of virgin neo-tropical rain forest avoid access and without any comercial activity, no oil prospecting, no cattle ranching or any other economic undertakings the area does not interest these groups. Also, since the relatively small focus of narcotic business was stopped in the seventies, and the DEA agency plus local authorities keep harsh controls over the whole area, this has stabilized the area considerably, allowing us to acertain, that the virtually only area on colombian and peruvian territory which can be guaranteed as safe in all aspects for tourism is the Amazon basin located in that three-country triangle.

The Reserva Natural Palmari carries a more than fully equiped first aid kit, the personell is trained in medical assistance regarding the typical affections and illnesses a visitor is exposed whilst being in tropical regions and - eventhough venomous reptiles, poisonous spiders and scorpions are scarce, nocturnal and avoid the open and clean spaces of our visitors centre - various complete sets of antivenom and anti-alergic medication are present at all times. In addition to that the village of Atalaia do Norte, only 20 minutes by boat from our facility, has a fully equiped hospital, it´s team has developed a very good friendship with us and sometimes spends their free time at our facility.
Stinging insects like mosquitos and others also do not frequent open area and clean spaces like the one´s our visitors centre is built on, but remain in the closed forest up in the canopy. Contrary to the believe of most people, the presence of such insects is low at our visitors centre, but, evenso, we have all beds equiped with mosquito-nets of the new "Baking" type, impregnated with "K-Othrine", all rooms and closed areas are protected with window-netting and we prohibit the visit of local people showing symptoms of feever or other illnesses. Obviously, it is compulsory that the visitor arrives with his active yellow feever vaccine, prophylactical measurs against Malaria are to be decided by every visitor (We do not recommend it!) and wearing long-sleeved clothing in the late afternoon hours as a personal preventive measure is recommendable.
The risk of being bitten by piranhas, being attacked by a cayman or a jaguar, as well as becoming a meal to a boa or an anaconda is virtually inexistent and 99% of stories referring to accidents of this kind are just stories and myths created by the local people in order to capture the interest of the inexperienced visitor. During the existence of the Reserva Natural Palmari and in the many years our staff has worked and lived in the area we have not been able to confirm the first such case. 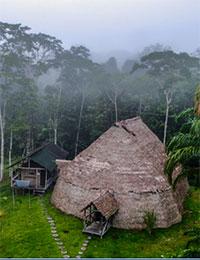 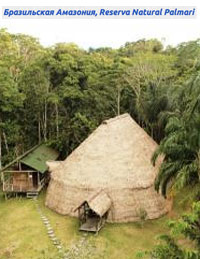 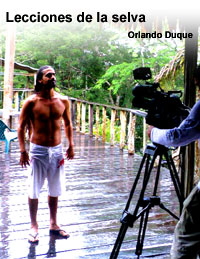 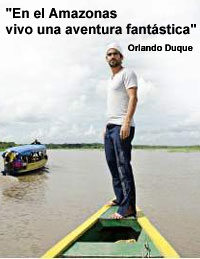 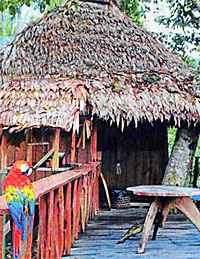 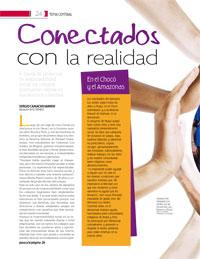 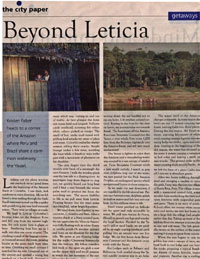 BEYOND LETICIA
PUBLISHED BY THE CITY PAPER 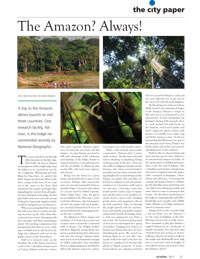 THE AMAZON? ALWAYS!
PUBLISHED BY THE CITY PAPER 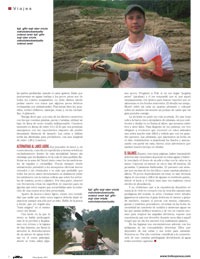 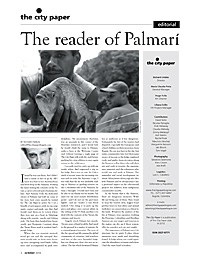 THE READER OF PALMARÍ
PUBLISHED BY THE CITY PAPER 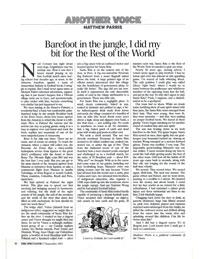 BAREFOOT IN THE JUNGLE, I DID MY BIT
FOR THE REST OF THE WORLD
PUBLISHED BY ANOTHER VOICE

THE FROG POISON SEEPED
INTO MY BLOOD. I WOULD
GAIN CLAIRVOYANT POWERS 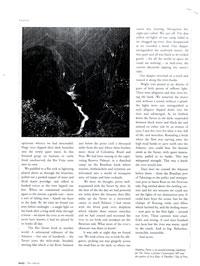 THREE RIVERS
PUBLISHED BY THE LIBERAL 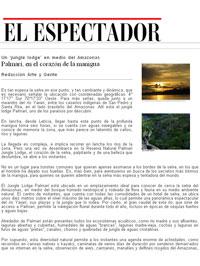 There are many things that would be very helpful to increase the life-quality of our neighbouring communities; anything immaginable that might satisfy the needs of very poor peasants, fishermen, hunters and gatherers. Maybe you have got some of the following items in your household, which you do not use any more, but would be highly wellcomed by these poor communities:

The following list relates to equipments related to the scientific investigations undertaken by the Reserva Natural Palmari and which may lie forgotten in some corner of your attic with no use for you, but which could be highly usefull to us: