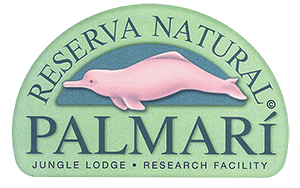 Steatornis caripensis is a gregarious species occurring in colonies´ occupying large dark caves which are used as daytime roosts and for breeding. The species is most famous for its use of echolocation clicks enabling it to perfectly navigate and breed in these pitch-black caves. This echolocation behavior is shared with Bats (Chiroptera) but also with two less well known bird species from SE Asia, Aerodramus Swiftlets, demonstrating an amazing example of convergent evolution from the Old world to the New world. These Swiftlets are also locally found in dark caves where immense colonies of sometimes millions can be found using echolocation to navigate in the pitchblack environment. Steatornis caripensis depart from the caves at dusk to fly long distances to forage gregariously for fruit, apparently locating aromatic fruit by smell and nonaromatic fruits such as palms by sight Snow (1962).

Recent genetic analysis of caprimulgiforms indicates that Steatornis caripensis was the earliest to branch away from all lineages, Brumfield et al (1997) with its closest affinities thought to be with Nyctibiidae, (Potoos) and Caprimulgidae, (Nightjars). The distinct rufous plumage and bold white spotting of Steatornis caripensis causes it to bare a striking resemblance to the smaller rufous Potoo, (Nyctibius bracteatus). Nyctibius bracteatus is however a true insectivore, inhabiting the Amazonian lowland rainforests of Brazil, eastern Ecuador, eastern Peru, northwestern Bolivia and Guyana, Ridgely and Greenfield (2001).

On the 21st. of May 1998 at the Reserva Natural Palmari Lodge, Rio Javarí, Amazonas 4º17´17 S 70º17´33 W the freshly dead remains of an Oilbird were found by A. Antoine-Feill and R. Schiele along a forest trail through virgin "terra firme" forest. The carcass remains suggested that it had been very recently predated. Feather samples were collected and five feathers were deposited in the Institute Nacional de Pesquisa da Amazonia, INPA 447 as material evidence for this the first confirmed Brazilian Record. AW made a direct comparison of these Palmari feathers with two Venezuelan Steatornis caripensis specimens at the Museu Emílio Goeldi in Belém. MPEG 33147-48 from the Rio Paragua, Sierra Urutari, Bolivar. Confirming beyond doubt that the feathers did belong to Steatornis caripensis and referred to a primary, two secondaries, one rectricie and a mantle feather. However due to such few feather specimens it did not allow for a fair detailed comparison to be made with the highland birds from Venezuela.

Following the discovery at the Reserva Natural Palmari of the Steatornis caripensis, communication with local riberinhos (riverside people) revealed that they not only new of the presence locally of Steatornis caripensis, they also describing the bird´s plumage, its habits and their unusual characteristic screaming calls. Further more they informed of how Steatornis caripensis are sometimes killed on river cliffs or from within hollow trees as they roost by day, later being used as torches by the community at night, as they burn well for long periods. Historically Steatornis caripensis nestlings have been collected by indigenous peoples and cooked to extract a clear odorless oil that was used mostly for cooking, or in some localities for lamp, oil del Hoyo et al (1999).

From adjacent Peru D. Graham (pers comm..) reports a recent observation of a lone Steatornis caripensis. At 21:00 h on 1st. of January 2002 at Paucarillo Forest Reserve, Loreto 3º41.28 S 72º11.19 W along the Rio Orosa where DG and eight other ornithologists observed at close quarters a flying Steatornis caripensis. The bird was observed in flight using a strong spotlight and became disoriented, where upon it flew towards the light and started to emit strong clicking sounds while it briefly flew in tight circles. The bird remained flying in the light beam 10-15 m above the riverbank for about 45 sec before flying off strongly out of site. This Amazonian Peru locality is some 225 km WNW from the Palmari location and on the south bank of the Amazon.

These two recent Amazonian lowland records from Brazil and Peru of Steatornis caripensis from May and January (well separated months) combined with the comments of the local riverside community around Reserva Natural Palmari strongly suggest that this occurrence from the lowlands of Steatornis caripensis may well not be quite as unique as was at first expected.

The nearest known breeding colony to the Reserva Natural Palmari in Colombia is about 600 km in direct flight NNW to caves in the Colombian tablelands, of Vaupés (Olivares 1964, Hilty and Brown 1986). Colonies in Peru T. Schulenberg (Pers. Comm..) are mostly all from Andean foothills 800-900 km away, however a recent site record from Tahuayo 08º10 S 74º02´W some 600 km away is the closest record bringing Steatornis caripensis east across the Ucayali River. Roca (1994) using radio telemetry in Venezuela on ten Steatornis caripensis recorded to move 240 km in one night to another roosting cave, proving the theory that Steatornis caripensis can cover long distances quickly.

We suggest further ornithological fieldwork should be carried out in western Amazonian Brazil and adjacent Loreto Peru aimed at trying to locate Steatornis caripensis and to confirm its status. Clarifying the status of Steatornis caripensis in this lowland region will revile if these two records do in fact involve as yet an unknown lowland-breeding colony. If a breeding population does exist however we strongly recommend that new material (both specimens and tissue samples) should be collected and a through comparison of this material (both skins and DNA analysis) should be made with the highland birds. We feel this would be extremely important to evaluate to see if these lowland forms may possibly, represent a different sub species or possibly even a new taxa.

Aknowlegments- We would like to thank T.S. Schulenberg and Devon Graham for sharing their knowledge and unpublished data on Steatornis caripensis . Our sincere thanks go to María L. Videira at the Museum Emílio Goeldi, Belém for allowing AW to visit and examine the Steatornis caripensis specimens in their collection. AW would like to thank the wonderful hospitality provided to him from the staff at the Reserva Natural Palmari Lodge during his stay.

SOUNDS: While flying in a cave makes very loud cries, grehh, producing a deafening sound when many call together, as they always do. Flying outside of caves, gives a guttural karr-karr. In depths of caves where there is absolute darkness, emits a high kli … (frequencies reach 12 kHz) that serves for echolocation, corresponding to our sonar. This kind of acoustic orientation occurs in insectivorous bats (e.g., Saccopteryx bilineata of central Brazil) and certain swifts (Aerodramus = Collocalia) of the Indo-Pacific region. The auditory nuclei of S. caripensis are the largest known, perhaps because of echolocation, and are similar to those of Collocalia (Cobb 1968). The Steatornis syrinx is illustrated in Van Tyne and Berger (1959). Bat sonar is much more efficient than that of oilbirds, permitting the capture of insects in flight.

Feeding: This is the only frugivorous, nocturnal bird. Feeds on fruits of various forest trees (e.g., Lauraceae) and of palms, flying 50 or more Km to find a meal, orienting itself by sight and probably also by smell. Tears off fruits with bill while hovering. Swallows them whole, regurgitating pits later in caves where it spends day.

Breeding: Colonies established only in deep caves, e.g., 650 m in from entrance of famous Oilbird Cave near Caripe, Venezuela, from where Humboldt described species in 1817 (fig, 135) (and where I made my observations). Roosts and builds nest on rock outcroppings 30-40 m up near roof of cavern. Regurgitated pits serve as nesting material, being glued to substrate with birds´own excrement. Female lays 2-4 eggs which are incubated by pair for approximately 33 days. Development of young is very slow, taking 4 months. During this period nestlings accumulate an incredible amount of fat, becoming much heavier than parents, but they thin down before flying. Local resident kill young to extract a valuable oil (hence the name “oilbird”). Distribution: Guyana and Venezuela (also Trinidad) to Roraima (Brazil), Ecuador, Colombia, Peru, Bolivia and Panama at altitudes of 7-3500 m. In Venezuela many oilbird colonies are known. Since 1978 I have been receiving information from Venezuelan speleologists on oilbird colonies on the Venezuela/Brazil border, such as in the Urutaní caves, whose entrances are in Venezuelan territory at an altitude of 1300 m but whose end is 228 m away in Brazilian territory.